Our vision is to share and preserve these techniques while providing Jeet Kune Do practitioners from all over the world access to the most complete Chinatown Jeet Kune Do video tutorials and training program available anywhere. 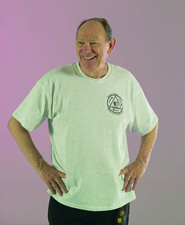 While stationed in Taiwan in the 1960′s with the U.S.A.F. Tim Tackett began studying Kuo Shu [Kung Fu]. After his discharge in 1966 he enrolled in college at the University of California, Riverside campus and opened up a full time Kung Fu school in Redlands, CA.

In 1967 Tim saw Bruce Lee demonstrate JKD at Ed Parker’s tournament in Long Beach, CA and wanted to start studying with him right on the spot, but he soon realized that he would not have enough time until after he finished college.

After receiving his M.F.A. he began teaching drama in high school. Soon after, on the recommendation of Dan Lee, Tim sought out Dan Inosanto. Dan had opened up a backyard Jeet Kune Do school after Bruce Lee had closed his L.A. Chinatown school shortly before moving to Hong Kong to star in The Big Boss.

In 1973, Dan Inosanto honored Tim Tackett with the rank of Senior First and he was given permission to have a small Jeet Kune Do group, and has continued to teach JKD to a select number of students in his garage and in seminars worldwide. 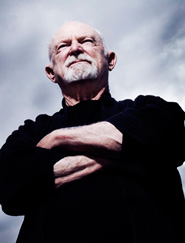 Bob Bremer is one of the original Bruce Lee students from the Chinatown era.

Bob Bremer began training in the martial arts with his children at Ed Parker’s Kenpo school in Pasadena, California. After practicing Kenpo for about two years he saw Bruce Lee demonstrate Jeet Kune Do and immediately enrolled at Bruce’s school in Los Angeles (where he was known as the “enforcer” of the school).

He was fortunate enough to train with Bruce at both the Gung Fu Institute in Los Angeles and also as a private student, and trained with the founder himself as well as other JKD luminaries such as Dan Inosanto, Ted Wong, Dan Lee and Pete Jacobs.

Bob’s impact on the Jeet Kune Do presented here is immeasurable.

He was one of the few people to remember the Hammer Principle and the Leg Obstruction as taught by Bruce and is probably the single greatest reason why these techniques are still with us today. 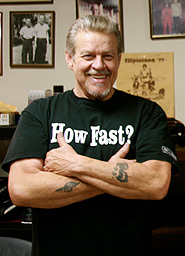 Jim Sewell is one of the original Bruce Lee students from the Chinatown era, and was introduced to Jeet Kune Do by Bob Bremer and trained at Bruce Lee’s Chinatown school for a little over 1 year. He was initially introduced to Kenpo Karate (through Bob) but was not interested in learning Kenpo because he felt it was robotic.

When he went with Bob to Sijo Bruce’s Chinatown school he liked what he saw (Jim says: “I could see that this art was different. J.K.D. looked smooth, flowing and free.”) and decided to join on the spot.

He received his 1st Rank certificate from Bruce Lee in January of 1968.

Jim never wanted to become an instructor in JKD and was interested in the art simply to learn how to be a better fighter.

After a 20 year absence he beame active in JKD again as part of Sifu Tim Tackett’s garage group in Redlands and remained a constant presence and mentor to old and new students alike. 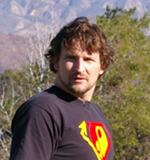 Jeremy Lynch started his martial arts training at the age of seven studying traditional Karate. At the age of 13 he began training at one of Jhoon Rhee’s schools learning Tae Kwon Do.

After six years of Tae Kwon Do he was fortunate to be accepted into Tim Tackett’s personal Training Group.

There he trained directly under Tim Tackett, Bob Bremer (The Enforcer of the Chinatown school), Bert Poe, Jim Sewell and Dennis Blue.

He has been a part of the Jeet Kune Do scene for over twenty years now and is a Senior Full Instructor under the Wednesday Night Group and is the Chief Instructor of JKDLessons.com.

Jeremy has fought in the kickboxing ring and has worked with many of the original Bruce Lee students. 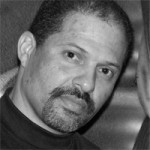 D.M. Blue is a long time proponent / practitioner of several martial arts disciplines. He brings his 40 plus years of formal training to JKDLessons.com.

Dennis has more than 30 years with the JKD Wednesday Night Group under the mentoring of Tim Tackett and original Bruce Lee students Bob Bremer, Jim Sewell and Pete Jacobs. He possesses a journey of decades in training under & with a host of notable martial artists.

Dennis is currently President/Founder of Combat In-Sight Inc., also a sitting executive board member of the JKD Wednesday Night Group and is also a senior advisor to JKDLessons.com.

He has taught around the world with the Wednesday Night Group, the former Bruce Lee Educational Foundation, the new Bruce Lee Foundation; as well as independent seminars in Europe and the continental U.S.

His diverse background in formal Asian, Pacific Island, Western, European and Russian Martial Arts brings a unique flavor to the practicality of his lessons. In addition to these attributes he has a background in Law Enforcement, Executive Protection, and the U.S. Military.

We suggest moving this party over to a full size window.
You'll enjoy it way more.
Close
Go Fullscreen